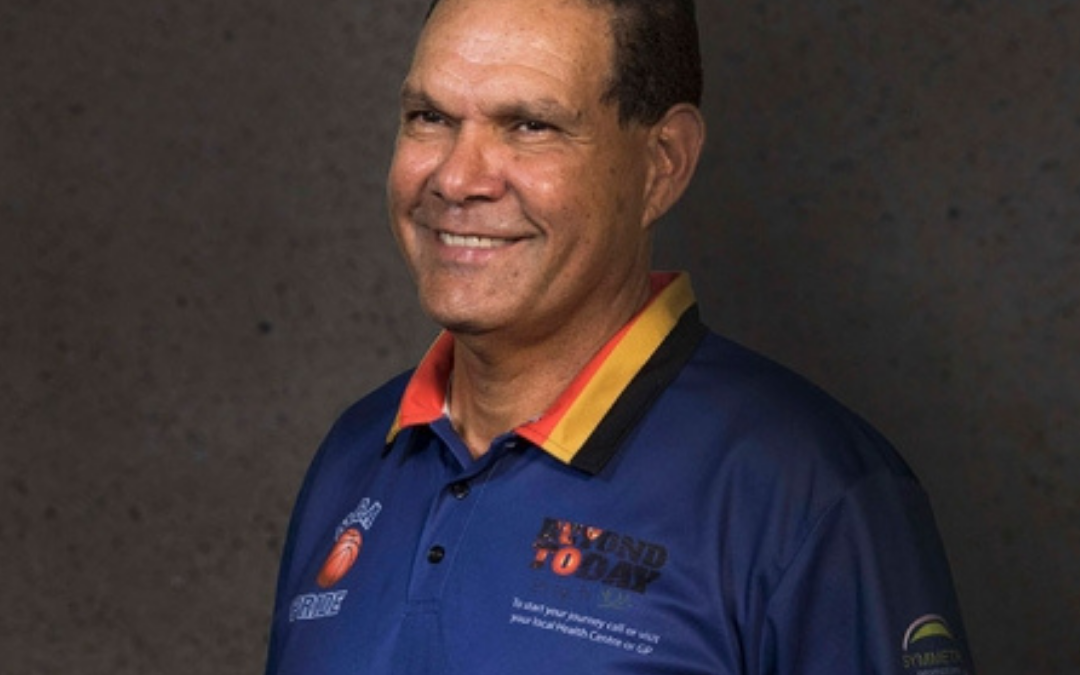 This week, episode 71! I am so very honoured to have met and yarned with Uncle Danny Morseu here at my home, on the Sunshine Coast. Uncle Danny is a Torres Strait Islander man who had a highly decorated national and international basketball career, including competing in two Olympics and one World Championship, and leads many community initiatives.

In his younger years, after completing school, he moved to Cairns from the Torres Strait for employment where he played basketball and rugby league for the local teams.

It was there when he was discovered by the St Kilda Pumas and he moved to Melbourne to play professionally with St Kilda. From the late 70s, basketball was becoming a popular national sport, and Uncle Danny was one of its heroes in the spotlight. In 1979, Danny was a member of the St Kilda team to win the inaugural National Basketball League (NBL) title, and again in 1980. He played 217 NBL games in total, winning another NBL championship with the Brisbane Bullets in 1987.

As the first Indigenous professional basketballer, he left footprints behind for the following generations. He is an uncle of Patty Mills and mentored him and Nathan Jawai during their very successful international careers.

He is involved in a number of national and state initiatives as well, including the development of a National Indigenous Basketball Academy.

Such a deadly yarn this one! Captured on my balcony, amongst the lush greenery on Kabi Kabi Country. We shared many stories, of basketball, politics, family and yarn about the deadly community initiatives he is a part of today.

Recommendations throughout this episode:

The Black Magic Woman Podcast is hosted by Mundanara Bayles and is an uplifting conversational style program featuring mainly Aboriginal guests and explores issues of importance to Aboriginal people and communities. Mundanara is guided by Aboriginal Terms of Reference and focusses more on who people are rather than on what they do.